Prof. Col. Dr Sharif uz Zaman, distinguished Professor of Medicine at Ayub Medical College Abbottabad, died at his home Tuesday, 20th May 2015. He was 79.
He was deeply respected during and after his long academic at Ayub Medical College. He joined AMC in 1985 as an Associate Professor and retired as a Professor of Medicine in 1993.
He devoted his career to creating an academic environment of the highest caliber, where great minds from diverse backgrounds could flourish. He transformed the Department of Medicine here into one of the very best departments in the country. He developed several generations of outstanding physicians who have gone on to lead departments and medical colleges across the country.
May his soul rest in peace
Share on Twitter Share on Facebook Share on Google+ 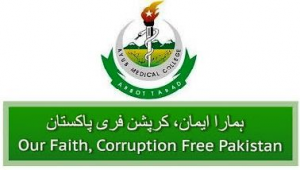